Transcutaneous immunization (TCI), the application of vaccines on the skin, induces robust systemic and mucosal antibodies in animal models and in humans. The means by which mucosal immune responses to vaccine antigens are elicited by TCI has not been well characterized. We examined the effect of TCI with an HIV peptide vaccine on the induction of mucosal and systemic CTL responses and protective immunity against mucosal challenge with live virus in mice. Robust HIV-specific CTL responses in the spleen and in the gut mucosa were detected after TCI. The responses were dependent upon the addition of an adjuvant and resulted in protection against mucosal challenge with recombinant vaccinia virus encoding HIV gp160. Although it is clear that adjuvant-activated DCs migrated mainly to draining lymph nodes, coculture with specific T cells and flow cytometry studies with DCs isolated from Peyer’s patches after TCI suggested that activated DCs carrying skin-derived antigen also migrated from the skin to immune-inductive sites in gut mucosa and presented antigen directly to resident lymphocytes. These results and previous clinical trial results support the observation that TCI is a safe and effective strategy for inducing strong mucosal antibody and CTL responses. 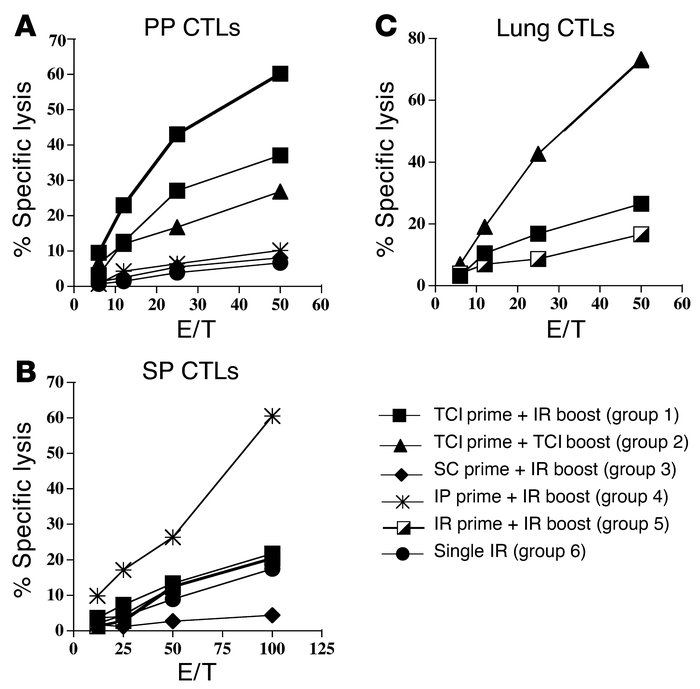